Heroin is one of many substances in a class of drugs called opioids. Opioids are primarily prescribed for pain relief but are often abused and used for recreational purposes. According to the National Institute on Drug Abuse, heroin is made from morphine, which comes from the seed pods of opium poppy plants.

Heroin is often abused because it gives the user an extreme and quick feeling of pleasure. After heroin is injected, smoked or snorted it enters the brain and activates the body’s feel-good neurotransmitters. Moreover, those neurotransmitters release dopamine, causing the body to want more and more of the substance.

Currently, there are no approved uses of heroin in the United States, not even as a painkiller. Heroin has a high potential for abuse due to its severe effects on the body.

In this article, we will look at how long heroin stays in the body, as well as what the long and short-term effects of heroin are.

How long does heroin stay in the body?

How heroin affects people and how long heroin stays in the body are largely dependent on several factors, including a person’s size, hydration, metabolism, the quality of the drug and so on. Typically, however, heroin has a half-life of 30 minutes, meaning half of the substance remains in the body after 30 minutes.

Despite the drug’s quick effects, the substance and its impact linger much longer. Here’s how long traces of heroin can be detected in a person’s body, even after the high is long over.

Urine: detectable five to six hours after usage and no longer detectable after two days

Blood and Saliva: heroin can be detected in bodily fluids a few hours after usage, but are rarely used because the drug leaves the body so quickly

Hair follicle: detectable for up to three months, like most opioids

Immediate effects of heroin (during the high period)

There’s no denying that heroin feels pleasurable at first. After all, there has to be a reason why people use it despite the wildly dangerous effects. Though experiences will vary, when someone is high on heroin, he or she may feel euphoric, calm and free from pain.

The National Institute on Drug Abuse states that a heroin high may also include a feeling of warmth in the skin, dryness in the mouth, hands and feet feeling heavy, and potential nausea, vomiting and itchiness.

Some of the short-term effects of heroin include drowsiness and impaired cognitive functioning. Heart rate and breathing are slowed. When breathing is slowed significantly and there is not enough oxygen getting to the brain (called cerebral hypoxia) this could cause brain damage, coma or even death.

The National Institute on Drug Abuse lists several long-term effects of heroin. First, heroin typically leads to addiction. Any addiction has consequences, but heroin addiction is more severe than most.

Hormonal and cognitive changes are long-term consequences of heroin use. One of these consequences is reduced white matter in the brain, leading to impaired decision-making and poor stress-response.

Heroin addiction is also likely to result in dangerous behaviors, as a person will do anything to obtain the substance. Illegal activities such as stealing, selling drugs and risky sexual behaviors are all common among those struggling with heroin addiction.

In addition to the physical and emotional side effects of heroin, illegal activity comes with potential jail time, court fees, and decreased employment and life opportunities.

Perhaps the most dangerous long-term impact of heroin is the high potential for overdose. According to the Centers for Disease Control and Prevention, over ten thousand individuals overdosed on heroin in 2014.

Heroin is extremely addictive because of its pain relief capabilities and pleasurable high. However, the cons of using heroin far outweigh the pros. Not only is heroin destructive to a person’s body, but heroin destroys relationships and emotional well-being.

There is no question that if you find yourself using heroin it’s time to reach out for help. You are worth getting treatment and there are qualified and compassionate professionals who can cater treatment to your unique situation.

Heroin doesn’t have to control your life anymore, and Freedom Detox is here to help. You deserve to lead a fulfilling life, and help is just a phone call away. Get in touch at 800-475-2312 today. 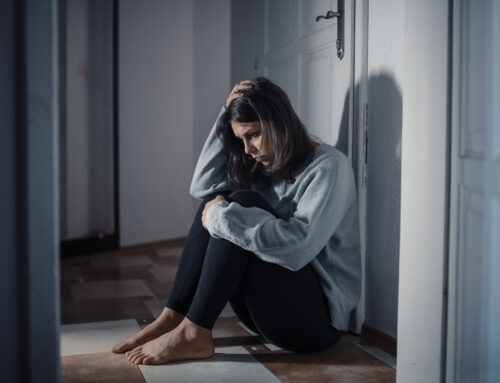